Complex PTSD and the Pursuit of Spiritual Perfection

I first gravitated to Eastern thought after I obliterated a relationship with a man I dearly loved.  Love gave me anxiety. Lots of it. And I acted it out, thanks to yet-to-be-revealed Complex PTSD.

When I discovered an intoxicating mixture of mantra chanting, bendy yoga, incense and exotic Indian food, amid a comfortable assemblance of life in an idyllic university town, I was hooked.

Yoga and the path of transformation would forevermore be my perfect pursuit of perfection in an attempt to be something else, to disassociate from and bypass dusty inner rooms I’d rather not visit.

Many spiritual messages tell us there is always something more to attain and, as my childhood coping mechanism was a continued quest for perfection, I had, at last, found my match made in heaven.

At that time, I had no idea that my earliest years could leave me feeling insecure, out-of-place and scared in my world. In truth, when I first started to question deeply, the world was wrong, and I was right.

But as years of study continued and the dismantling of old beliefs steadily occurred, I found resolution of my outer layer symptoms, including an eating disorder and an inability to speak my truth, led to the unveiling of one foundational cause: Complex Post Traumatic Stress Disorder, largely developed during the early cognitive years. 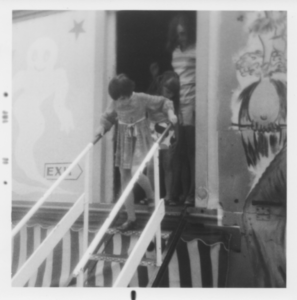 Stepping out the Fun House into Complex PTSD

Complex PTSD, which is differentiated from the PTSD often associated with war veterans yet no less traumatic, can occur in families where children have been emotionally, spiritually or physically abused or abandoned. Invisible symptoms include debilitating inner shame, self-blame, guilt, a particularly harsh inner critic, alienation, isolation and residual depression. Outer symptoms can include tendency toward addictions, broken relationships and inability to hold focused attention.

In my case, as a child, I quickly learned that people could not respond to my requests for nurturing, and eventually, I stopped asking, shut down at a young age and also trapped in the anguishing cycle of blaming myself for not being lovable. In futile attempts to earn my parents unconditional love, I adapted a coping mechanism of trying to achieve perfection and meet their ever-changing standards.

I also turned to animals for love, but my animal friends were killed, most often slaughtered. In the reality of ranch life, I was being “taught a lesson.” Instead, this teaching was damaging to my core intuitive and spiritual nature as well as to my identity as a person of kindness and compassion. 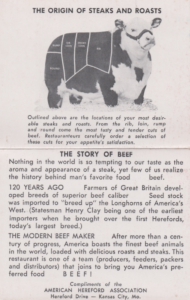 Ultimately, I learned that relationships were not for comfort, nor were they a safe haven. Love, in fact, spawned anxiety, and that’s why I acted out.

Knowledge is power and, through continued integration of life-affirming inner dialogue and the development of voice and boundary, I am grateful to have swapped the framework of my childhood from charged and upsetting to one of factual, objective and manageable.

The practice of spirituality helped me deconstruct coping mechanisms and brought me to a more balanced state with less anxiety, to a more authentic self.

Yet, once I touched upon the core issue of Complex PTSD, through study and therapeutic support, I found objectivity, empowerment and positive action to be more helpful than sitting in meditation and yearning to became something else, something more.

Uproot Complex PTSD and Uproot the Pursuit of Perfection

The quest for spiritual perfection serves a purpose. Yet, by uprooting Complex PTSD, I also uprooted an unsettling pursuit of perfection that merely fed my early childhood coping mechanism and kept me in a state of anxiety.

No longer do I buy into the models of spiritual one-upmanship. No more do I try to transcend, disassociate or spiritually bypass humanness. Instead, I continue with spiritual practices while I integrate the spectrum of human experience.

Today, as an person who has questioned, studied, practiced and understood, I take responsibility for my life. I draw upon a self-acceptance and resourcefulness that move me to take action in my world.

For meditation and breathing practices that can help ease the anxiety of Complex PTSD, subscribe to my YouTube channel.

2 thoughts on “Complex PTSD and the Pursuit of Spiritual Perfection  ” 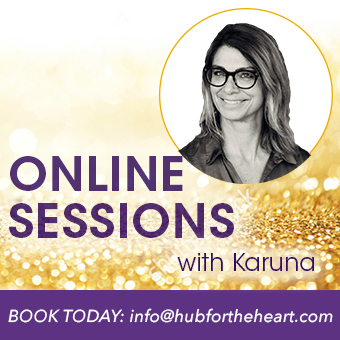 Private Online Sessions centered in ease, understanding and the healing of trauma through connection to inner wisdom.

I've made so much progress so quickly. You helped me understand so that I could pull up the root of confusion for good. – J.S., educator